GNSC not up for sale- NICIL

GNSC not up for sale- NICIL

Government has denied claims that the Guyana National Shipping Corporation (GNSC) has been sold. 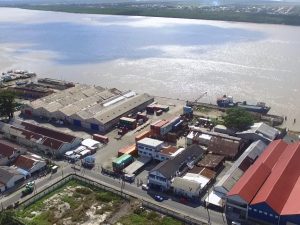 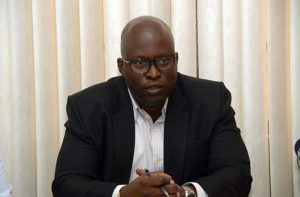 In fact, so says the National Industrial and Commercial Investments Limited (NICIL), there are talks ongoing with a number of interested parties for possible joint ventures.
“I can tell you with certainty that National Shipping has not been sold. I can tell you that there is no contemplation by NICIL to also sell what is one of our most critical assets,” said Colvin Heath-London, head (ag) of NICIL.
Speaking to Kaieteur News, Heath-London disclosed that the facilities need some serious cash injections with its wooden wharf requiring updates.
“National Shipping is one of the companies under NICIL. We have had people in the oil and gas sector coming and expressing an interest. I have said to National Shipping to explore the possibilities of JVs. I want to repeat. There is no sale.”
The official promised to give an update when he returns to Guyana.An Opposition-aligned Facebook blog, “Live In Guyana”, claimed Friday that `the GNSC is “another example of corruption”.
“This time, a whistleblower has provided information which reveals that the APNU+AFC is in the process of selling the GNSC wharf to a Trinidadian Company which deals in the oil and gas sector.”
The blog claimed that people have received kickbacks.
GNSC, located at La Penitence, on Lombard Street, was formerly a member of the Booker Group of Companies, trading under the name Bookers Shipping Transport and Wharves Limited.
In 1951, the name was changed to Bookers Shipping (Demerara) Limited.
On 26th May 1976, when the Guyana government acquired the holdings of Booker McConnell & Co. Ltd. in Guyana, the entity was renamed Guyana National Shipping Corporation.
The Government-owned company traded successfully under this name for the last 43 years and said it now stands among the foremost companies of its kind in the country.
GNSC offers maritime transportation services to all sectors of the economy.
In recent years, there has been increased scrutiny by the populace on Government transactions, especially in face of what had happened in the past with regards to state assets, including the Sanata Complex which was sold to a friend of the People’s Progressive Party for almost next to nothing with the terms and conditions not adhered to.