Renovations and upgrades to the tune of $131M were completed during the past year on several properties in Linden and Kwakwani belonging to the National Industrial and Commercial Investments Limited (NICIL). 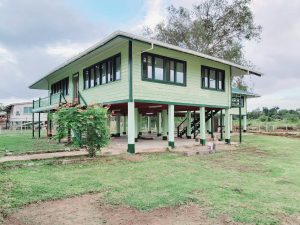 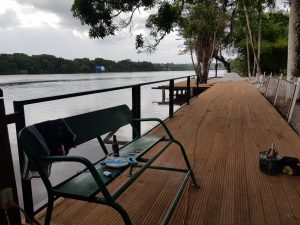 Chief Executive Officer (ag), Mr. Colvin Heath-London, has expressed satisfaction with the completed works.
The NICIL CEO (ag) said that for the past year, his company undertook to have several main properties enhanced and upgraded to improve and increase the services it was providing to the public.

“Last year after reviewing quite a number of our properties, we at NICIL concluded that significant work must be done to ensure that several of these properties which were abandoned and ignored for years are returned to their former glory,” Heath-London shared.

Against this background, the NICIL official undertook the task of ensuring that several of these properties were enhanced and improved “as we recognised that some of these buildings were not providing the expected services. 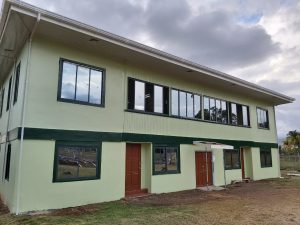 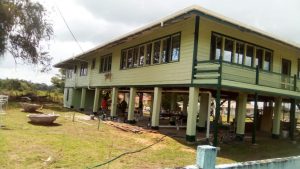 “I must admit that I am very satisfied with what I am seeing as we have completed them in a significant way.”

The NICIL Head said that his company will continue along this path this year. They have already identified several other properties that NICIL will seek to renovate and enhance. He said that this forms part of the entity’s mission to lift several of its properties to the level and quality that it deserves.

The residents of Kwakwani, Heath-London said, are elated that the Government Guest House, and other major buildings, are back to their former glory and are operational.

“Several residents have been writing, calling, texting and messaging us as they commend NICIL for rebuilding the Kwakwani Guest House, which was in a very terrible shape. However, with the completion of this Guest House it now stands as a proud primary site for residents there, as it has certainly enhanced and improved the image of Kwakwani,” he said.

Among the other properties that underwent works were the State House and Club houses in Kwakwani and, according to the NICIL official, other communities like Ituni, Skeldon, Albion and Wales, among others, would see major renovations and upgrade during this year as well.

“There are still quite a number of other properties that we would be seeking to enhance and improve as we have recognised that a significant number of our properties were somewhat abandon and left to deteriorate. He said that this partly allowed a number of scammers to fraudulently sell several of these properties to unsuspecting persons,” Heath-London said.

He added, “We have been taking control of our properties and assets as we have been closely monitoring them all, thus being alert to some of the ploys that are being used by scammers.

“We have been enhancing and improving several of the properties thus improving its ambiance and environment as we seek to make them more attractive and marketable.”

He disclosed that with regards to the Watooka Guest House, the construction of the boardwalk, the annex, deck and Centennial Park were all done in 2019, adding that both the Berbice Inn Guest House and Annex were also completed.

According to Heath-London too, the Bachelors Quarters situated at Richmond Hill in Linden was also renovated and upgraded and several more properties are slated for rehabilitation later this year.

“I am certainly satisfied and I am equally elated like many of the residents who have been seeing transformation within their respective communities as what was once seen as derelict buildings and ones that urgently needed repairs and renovations, now proudly stand as sites and symbol of what the community can produce.

“We are confident that the residents will continue to be the vanguard of the buildings, ensuring that they are cared for and protected properly from ill- intentions and/or careless approaches by individuals,” Heath-London declared.