On March 15, 2019, Justice Franklin Holder issued a judgment against Hong Kong Golden Telecom Limited (HKGT) to pay up US$10.7 with interest at the rate of 12% until paid, as a result of HKGT’s failure to pay moneys that were owed for the purchase of the State’s 20 percent shares in the Guyana Telephone and Telegraph (GTT). 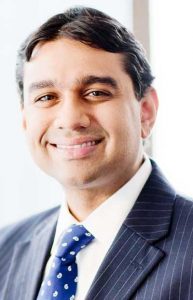 The National Industrial and Commercial Investments Limited (NICIL) was able to achieve this success following stellar representation by Devindra Kissoon of London House Chambers.
The particulars of the case state that in 2012, NICIL sold its 4,125 shares in GTT to HKGT for the sum of US$30M but only US$25M was paid. Despite efforts to recover the amount owed, HKGT, refused to pay NICIL, instead employing strong arm negotiation and delay tactics to stonewall NICIL, offering NICIL arms and computers in lieu of payment.
HKGT for seven years hid behind the veil of secrecy, largely relying on the fact that it was located in China, and that should NICIL get judgment against them NICIL, would be unable to enforce that judgment since it had no identifiable assets and in any event, an arbitration award issued in England would be difficult to enforce in China.
In explaining why at that time Court action had not been pursued, NICIL’s former CEO, Horace James, had disclosed to Kaieteur News that NICIL initially consulted with UK counsel who at that time advised that despite significant expenditure to pursue arbitration, there was no guarantee of recovery hence it sought to enter negotiations with HKGT.
After negotiations failed, NICIL received local advice that since the GTT’s shares purchased by HKGT were issued by a Guyanese company, those shares, an identifiable asset of HKGT, pursuant to principles of private international law, were located in Guyana, making recovery of the sums owed possible without proceedings in England or China.
Court filings reveal that NICIL thereafter obtained judgment against HKGT, and restrained it from transferring the GTT’s shares to any other person to prevent it from escaping judgment. NICIL also began enforcement proceedings against HKGT to issue a lien against GTT shares purchased by HKGT, and Justice Holder on July 15, 2019, issued an order in favour of NICIL charging the 4125 GTT shares sold. NICIL also obtained a stop notice issued to GTT, restraining GT&T from paying any dividends to HKGT.
Furthermore, court filings show that on January 2, 2020, NICIL became aware that GTT intended to issue a dividend to HKGT in the amount of US$3,200,000, and on January 13, 2020 Justice Holder issued an order in favour of NICIL garnishing those dividends.
Thereafter, GTT issued a check to NICIL for US$3.2 M. It appears that NICIL will recover the remaining sums owed from the charged shares and future dividends to be paid. Now that the US$3.2M was received, NICIL has more than US$7M outstanding to draw down.
Based on Justice Holder’s judgment, NICIL will recover more than double the amount initially owed to it. It is also gaining interest of 12% until the remaining of judgment is fully paid. 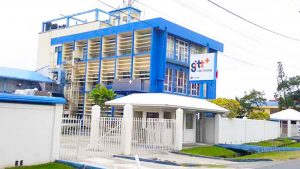